Human evolution is still happening – possibly faster than ever 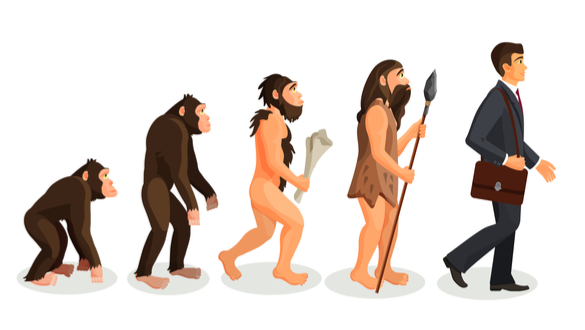 Evolution is a continuous process of changes in the phenotypic and genetic characters of biological populations through generations. This process can happen by natural selection, which consists of a series of phenotypic changes resulting from genetic mutations that allow an organism to survive and reproduce. Gradually these mutations and their associated traits are transmitted to the following generations becoming increasingly common.

It is clear that the human being adapts to their environment, the mutations that allow humans to live at great heights are increasingly common in the population of Ethiopia, the Andes, and Tibet. The genetic mutation propagated in the population of Tibet is the fastest evolutionary process that has occurred in humans in the last 3000 years. This mutation allows the inhabitants of this geographic area to transport a greater amount of oxygen in the blood, which gives a survival advantage in these high-altitude areas, where the ambient oxygen is very low.

Diet is another source of adaptations. The evolutionary consequences of inhabiting a challenging environment can be seen within the genomes of the Inuit of Greenland. Several researchers have found genetic variants in the metabolism of fats, not only to promote brown fat cells that produce heat but also to deal with the large amounts of polyunsaturated fatty acids found in their diet.

Other studies show that natural selection has caused genetic changes that favor the production of lactase (the enzyme responsible for metabolizing carbohydrates in milk) in adults, this is the reason why some individuals can digest milk easily. More than 80% of Europeans produce lactase, however, in Asia, where milk consumption is low, the inability to digest lactose is very frequent.

A genetic study conducted in the USA During the twentieth century demonstrated that there are genetic changes that reduce blood pressure and cholesterol levels.

However, natural selection only affects approximately 8% of our genome. According to the theory of neutral evolution, if natural selection weakens, the mutations that would normally be purged are not eliminated so efficiently, which could increase their frequency and, therefore, increase the rate of evolution.

A scientific study conducted in the USA evaluated the speed of genetic evolution comparing human DNA with that of other species, which also allowed us to identify the genes that evolve faster in humans.

The gene HAR1 (human accelerated region 1) involved in the development of the brain, is a gene of rapid evolution. The human genetic material is 98% similar to the chimpanzee's DNA, but the HAR1 gene is evolving so rapidly that there is only an 85% similarity to the chimpanzee DNA.

Although scientists can see that these changes in the human genome are occurring very rapidly, there is still no explanation as to why some genes evolve faster than others. Previously it was thought that this process was the exclusive result of natural selection. However, this is not entirely true.

Currently, research has focused on the process of biased gene conversion, which occurs when DNA is transmitted to the offspring through the sexual cells that form the zygote (ovum and sperm). This process involves the breakdown of DNA molecules, recombination of the genetic material, and then repair of the rupture. These repairs occur in a biased manner.

DNA molecules are formed by four types of nucleotides known as cytosine (C), guanine (G), adenine (A) and thiamine (T). The process of genetic repair tends to make arrangements using the bases of cytosine and guanine instead of adenine or thiamine.

The increase of guanine and cytosine in DNA repair sites cause an accelerated evolution of the human genome; this process can be confused with natural selection since they cause a rapid change of DNA in highly specific sites. 20% of the rapidly evolving genes, including the HAR1, are affected by this process.

Thanks to these investigations, we have been able to know that evolution does not occur only by natural selection. Therefore it is probable that this process never stops. Releasing our genomes from the pressures of natural selection only opens them to other evolutionary processes, which makes it even more difficult to predict what future humans will be like.