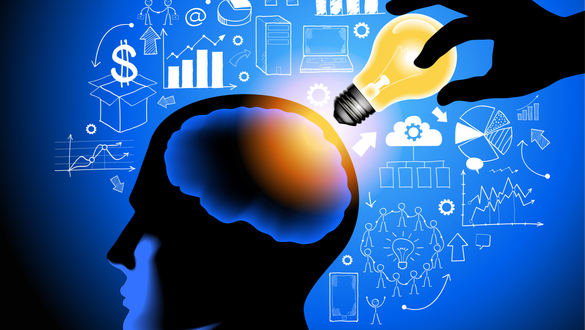 Breakthrough medical, scientific research at Stanford University identifies the gene in mice that codes that trigger the production of the proteins responsible for age-related cognitive decline. By learning to suppress these genes using special antibodies, the researchers were able to rejuvenate the brains of the mice and improve their cognitive functions.

Neuroscientists at Stanford University conducted fantastic research in which they identified the gene that codes for the protein responsible for age-related cognitive decline. By suppressing this gene by special antibodies, the researchers were able to rejuvenate the brains of the mice and improve their cognitive functions.

To go deeper into the subject, we must start talking about microglia, cells responsible for carrying out immune functions in the nervous system. One of the main functions of microglia is to eliminate protein deposits and cell debris that result from normal brain activity.

For several years it has been known that the functioning of microglia diminishes with aging. Tony Wyss-Coray, Ph.D., professor of neurology and neurological sciences at the Stanford University School of Medicine, proposed that the diminished function of microglia could be linked to the cognitive decline experienced by the elderly. It is important to mention that various neurodegenerative diseases such as Alzheimer's disease and Parkinson's disease are associated with abnormal activity of the microglia.

The hunt for a cognitive decline gene

Wyss-Coray and his team undertook two concurrent research lines. In a set of experiments, the team chose approximately 3,000 genes related to microglia that could be inhibited with drugs. The mouse microglia cells were cultured and blocked 3000 genes one by one to evaluate, which allowed improving the function of these cells.

In another group of experiments, the team took the same 3,000 genes and evaluated the activity of each in young and old mice, to determine which genes modified their activity levels with age.

When they compared the results of the two studies, they found a gene that modifies the ability of cells to eliminate cellular waste and whose activity decreases significantly with age. The gene is known as CD22 and is found in both mice and humans. In a subsequent analysis, the researchers determined that the concentrations of the CD22 protein encoded by this gene were three times more frequent in the microglia of older mice than in young mice.

Blocking the effects of CD22

Once the gene was identified, the researchers decided to block CD22 proteins using special antibodies that only acted on these proteins, and did not affect the functioning of nerve cells. The antibodies were administered on one side of the mice's brain, and to establish control they administered a different antibody that did not modify the activity of the CD22 protein on the other side of the brain.

To evaluate the activity of the microglia in the elimination of cellular debris, they used fluorescence-labeled bits of myelin. Myelin is one of the main targets of microglia elimination, and it also tends to accumulate in aged brains. After 48 hours, the scientists observed that there were far fewer myelin fragments left on the side of the brain where the CD22 proteins were blocked.

The team conducted this experiment again to determine if the rejuvenated microglia were able to eliminate the beta-amyloids related to Alzheimer's and the residues of the alpha-synuclein protein related to Parkinson's. The results were positive.

With this experiment, the researchers showed that it is possible to block this gene and improve the ability of old brains to eliminate a large variety of waste proteins related to serious cognitive diseases.

Turning back the hands of time

After a month of continuous infusion of CD22 antibodies on both sides of the mice's brain, the researchers managed to improve the learning and memory of these mice to the point where they significantly outperformed control mice of the same age.

However, we must bear in mind that it is still too early to be excited about the possibility that this research will produce a drug that will rejuvenate the mental acuity of the elderly. But the fact that CD22 is found in both the human and mouse genome certainly makes this a promising research area to keep an eye on.