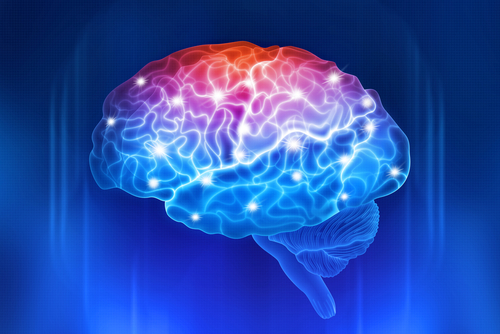 Being able stop the progression of Alzheimer’s disease and/or revert brain to a more youthful state would be one of the greatest discoveries in human history!

Scientists Darren Baker and Jan van Deursen announced in 2016 that they had discovered a new method that can prolong the life of mice, this method consists of cleaning the retired cells.

As the years go by, mammalian cells accumulate alterations in DNA, which predisposes to the formation of tumors. Some cells avoid this by remaining in a state of senescence, they do not die, but they stop growing and multiplying constantly.

As we age, the number of these retired cells increases, and despite what was believed, these cells are not inactive. These retired cells secrete substances that trigger inflammation in tissues and have also been linked to some of the diseases of old age. By removing these cells from rodents, Baker and van Deursen reduced the aging process in mice and, in some cases, prolonged their life.

Currently, it has been proven that this approach could be applied to prevent neurodegenerative diseases. By removing the senescent cells of mice with Alzheimer's disease, the accumulation of tau protein (a protein involved in nerve cell injury) was avoided, avoiding cell death and preserving the memory of rodents.

However, Baker warns that they have not yet proven if this method has the same results in other strains of mice with symptoms of Alzheimer's disease, much less if it works in humans. Alzheimer researchers have an atrocious record of translating promising findings from rodent studies into actual treatments. After decades of false starts and failed clinical trials, they are understandably cautious.

Previously most of the research focused on implementing drugs that would eliminate another protein, Beta-amyloid protein, which is believed to play a major role in the development of Alzheimer's disease. The approach of acting on senescent cells is innovative. "If these cells play an important role in people with a neurodegenerative disease, the implications for treatment could be quite significant," says Li-Huei Tsai of MIT, who was not part of the new study.

Currently, there are several drugs that can eliminate senescent cells, these have already been approved to treat cancer. "If they prove to be effective in preventing or slowing down neurodegeneration, it would represent a truly important advance, especially in light of the continuing failures of clinical trials based on beta-amyloid protein," says Tsai.

The extraordinary growth of the population over 65 in developed countries, the increase in life expectancy in countries with unconsolidated economies, the increase in disability rates in the elderly population, the increase in social and health costs, and the personal concern of the families in which The cognitive deterioration associated with this disease is manifested, it has caused the public conscience and the governmental entities to worry about preventing and attending to the dramatic consequences that Alzheimer's disease has on the health of people and the economy of the countries.

Dr. Baker's research team conducted this study on a strain of mice that at six months of age had accumulations of tau protein in the neurons. At eight months, the brain cells of the mice began to die, the brain decreased in size and memory began to fail. The researchers discovered that these alterations appear after the accumulation of senescent cells and therefore can be prevented by eliminating these cells.

The elimination of the senescent cells was carried out in two ways, by genetic engineering of the bodies of the mice to destroy their own senescent cells when they are fed with a particular chemical; and by using a senolitic drug called "navitoclax" that kills those cells directly. Both methods prevented the accumulation of tau protein in the neurons.

Initially Navitoclax was used to treat cancer; To eliminate tumors, these medications must be administered in very high doses. However, to eliminate senescent cells, much lower doses can be used.

In the study it was observed that the cells that became senescent were the surrounding brain cells that protect and support the neurons (glial cells). Baker suspects that when the neurons begin to produce tau, they send distress signals to the glia. These signals lead the glia to enter a state of senescence, releasing chemicals that increase tau protein levels and accelerate neuronal injury and death.

Baker points out that during this study only senescent cells were eliminated in mice that had not yet lost their memory. Which leads us to ask ourselves the following questions: What would happen if we did this in mice that already have these problems? Could we stop the progression of the disease and/or revert it to a more youthful state? In order to answer these questions it is necessary that more studies be done in this regard, however the results obtained so far are encouraging.