Just a few minutes of calm rest, not sleep, after studying or learning something new can dramatically boost your ability to remember it.

That has obvious use to students, but the constant march of new technology and our busy lives mean that everyone needs strong memory capability. You have appointments to keep, passwords to recall, procedures to follow.

Then there’s the news. How can you decide which politician is right about the Middle East if you can’t remember whether Beirut is the capital of Lebanon or

Syria or whether the Iranian government is Shi’ite or Sunni?

The rest-after-studying method is simple and proven in human trials.  The first test actually occurred in the early 1900s, but for some reason, the technique wasn’t embraced by memory specialists like fancier tricks such as mnemonics or linking sets of facts to mental maps.

Then in 2009, researchers studying amnesia discovered the technique worked dramatically well for people with serious mental challenges.  Short-term memory (less than one minute) is usually fine with amnesia; it’s long-term memory that is impaired.

In the 2009 trial, researchers gave 24 people a list of words to remember.  Twelve of those people had amnesia; the other 12 in the control group had normal memories and IQ levels.

Each group was split into “filled” and “unfilled” subgroups. The people whose time between tests was “filled” were asked to look at pictures with words superimposed on them. They were told to ignore the words and name what was in the pictures. The “unfilled” group rested in a darkened room without reading or any other task.

Participants with amnesia only remembered 10% to 20% of the words if they began the picture-naming task within six minutes after getting the word list. Patients whose time was unfilled, who rested before being asked to recall words a second time remembered 55% of the word list.

But what is interesting about this experiment is that the control group showed remarkable results, too.  They remembered 50% to 60% of the words even when they were given the picture-naming task. But when their time was unfilled—so there was no interference while their brain encoded memories—they also showed a significant leap in what they recalled, about 80% of the word list. 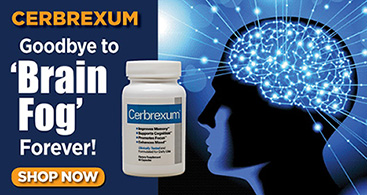