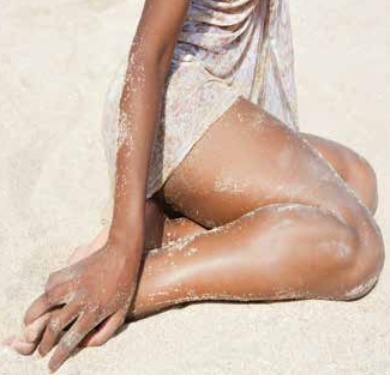 In "The Itchy & Scratchy Show," a cartoon featured on "The Simpsons," Itchy (Dan Castellaneta), a blue mouse, repeatedly kills Scratchy (Harry Shearer), a black cat. It's an endless cycle of torment. Creator Matt Groening really got that itchy and scratchy thing right. Just ask anyone who's ever had chronic dry skin, eczema or mosquito or fire ant bites. You gotta scratch, but the scratching just causes more itching!

Now there's proof: A study out of the Center for the Study of Itch (we kid you not!) at Washington University School of Medicine in St. Louis has identified how scratching damages the top layer of your skin and causes signaling proteins (inflammatory cytokines, for example) to be released. They activate the skin's itch-sensory neurons, which in turn produce signals that trigger inflammation and cause more scratching. In short, your skin barrier, your immune system and your peripheral nervous system all gang up on you.

What works to break the cycle? The American Academy of Dermatology recommends you apply a cold, wet cloth or an ice pack to itchy areas for 5-10 minutes. Moisturize with a cream free of additives and fragrances. Apply topical anesthetics with pramoxine and cooling agents such as menthol or calamine.

For itchiness that just won't stop, the itch researchers say a drug called nalfurafine hydrochloride may be the answer. It targets certain opioid receptors on spinal cord neurons. The drug is already approved in Japan to alleviate itching in dialysis patients and folks with severe liver disease. Ahh! Relief.