Why Your Food Should Mostly Be Processed 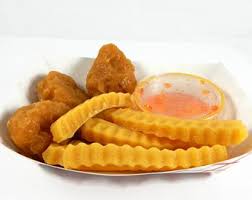 A French study in the news this week warns that the risk of early death increases by 14% for every 10% increase in ultra-processed foods in your diet.

According to reports, Americans are devouring 61% of their diet as processed foods, followed closely by Canadians at 62% and the Brits at 63%. So, if the new study is right, we’ve just saddled ourselves with an 84% increase in the risk for an early death because of how we eat. That’s quite a feat considering that American lifespans have been increasing for two decades.

Getting at the truth about food processing and health is complicated. It’s not surprising reporters pounce on the latest titillating research announcement and pass it along as a series of bad generalizations.

They’re not the only ones. Michael Pollan, who has done great work on nutrition education, has also been guilty of oversimplifying. A few of his rules that need rethinking…

Don’t eat anything a third-grader can’t pronounce: So if the package promises Agaricus bisporus, put it back. But if it says mushrooms, keep it. Disregard the fact that they’re the same. Pronunciation is all.

Don’t eat anything your grandmother wouldn’t recognize: That’s it for you, tofu. Grammy didn’t do sushi, chia seeds or quinoa, either. Fortunately, given my vast food knowledge today, my grandchildren will be able to partake of them all in the future.

Don’t eat anything that won’t eventually rot: That might take sauerkraut out of the diet. I’ve never seen rotten sauerkraut, and I’ve forgotten a lot of things in my refrigerator over the years.

A CNN story on the same French research illustrated the embargo on processed food with a picture of sausage patties. And smack in the middle of that, on the same page, it ran a photo of bread for an article touting the health benefits of fiber.

Let’s see how they stack up with regards to processing—

Fresh sausage: kill hog, grind up, add salt and spices like sage, cook in a pan over moderate heat.

I’m inclined to believe bread is healthier in general than sausage, but to call it “less processed” is a prodigious feat of food delusion.

And by the way, though whole wheat flour is healthier, it is not a bit less processed.

When I looked up “overly processed foods”  for some examples and a good definition, I found that included chicken nuggets. OK. That’s probably fair.

But this all reminds me of the brouhaha over eating carbs—perpetrated by people who somehow don’t realize celery and lettuce are pure carbs. Did you know that washing food is technically considered “processing?” I highly recommend it nonetheless.

Altogether, the public advice on processed foods is a royal mess. The fact that we humans largely don’t die off before our 30th birthday is closely linked to processing our food. Fire kills bugs. Salt delays rot. Acid preserves produce so we can keep eating through the winter. So does canning, something my grannies both did. Numerous studies have established that frozen vegetables often have more intact nutrients than much of the “fresh” produce in grocery stores do after a long trip from field to processor, to warehouse, to distribution center, to local store.

Processed food includes canned tomatoes, black beans, and tuna. It also includes orange-dyed, banana-flavored marshmallow peanuts. This category is too vague to make any sense at all.

No matter which scientific studies capture headlines, the secret to eating healthy will not come down to such an ambiguous concept as “processed” food.

Instead, we need to look at food content. Salt is good within limits. Keep the daily dose under control. Fat is fine, as long as there’s not too much fat in your diet.

In contrast, additives with known problems, like sodium nitrate and BHT, are best avoided.

And who says more processing is always worse? It takes months of “processing” and many steps to create a delicious bleu cheese and hardly anything beyond a knife and fork to turn an avocado into guacamole. But I’m apt to put a mere schmear of bleu cheese on my crackers and gobble the guac on fried tortilla chips by the spoonful. So I ask you, which one is healthier?

False categories don’t help us. Eat lots of veggies, and I don’t care if you cook and puree them even though that is double-processing. Enjoy some fruit every day. Oatmeal to start the day is nice, even if it is a “breakfast cereal” and breakfast cereals seem to be on all the lists of taboo processed foods. Have a bit of cheese, but remember to keep the portion small—not because it’s processed, but because it is calorie dense, high in saturated fats and cholesterol with only modest nutritional value.  Limit sugar, control salt and watch the fat. Of course, a pickle is less nutritious than a fresh cucumber, but a fresh cuke’s no powerhouse, either, since it’s mostly water.

We’re all searching for the best food for health. The answer is not to avoid “processed” foods in general. Avoid too much frying, excessive salting, and prodigious amounts of sugar. Pretty simple.